Mary Maillard is a documentary editor. She is a graduate of the Institute for Editing Historical Documents, sponsored by the National Historical Publications & Records Commission and the Association for Documentary Editing. In 2013/2014, she received an Albert M. Greenfield Foundation Fellowship in African American History from the Library Company of Philadelphia for research on “The Letters of Louisa Jacobs to Eugenie Webb, 1879-1911.”

Maillard’s edition of Louisa Jacobs’ letters was published by the University of Wisconsin Press in May  2017.

Her article “Faithfully Drawn from Real Life” Autobiographical Elements in Frank J. Webb’s The Garies and Their Friends ( Pennsylvania Magazine of History and Biography, July 2013) presents new biographical information about African-American novelist, Frank J. Webb, including her discovery that Webb was the grandson of U.S. Vice-President Aaron Burr. Her article “Dating Harriet Jacobs: Why Birthdates Matter to Historians” appeared as a 2013 summer feature in Perspectives Magazine at blackpast.org.

Mary has provided historical research, editing and/or transcription services for Keith Maillard’s fiction and non-fiction since 1993.

She has also worked on the following published books by Ralph Maud: Where Have the Old Words Got Me? Explications of Dylan Thomas’s Collected Poems (University of Wales Press, 2003); Selected Letters: Charles Olsen, (University of California Press, 2000);“William Hartopp, the “W.H.” of 1606 and 1609?” Papers of the Bibliographical Society of America, 93/3, 1999; and A Guide to B.C. Indian Myth and Legend (Talonbooks, 1982).

Mary is currently editing The Skinner Family Papers housed in the Southern Historical Collection at the University of North Carolina, Chapel Hill. These papers, spanning the years 1705 to 1900, consist of correspondence, land deeds, poetry, slave lists, other writings, photographs and artifacts of the Skinner family of Edenton, North Carolina.

The antebellum family letters were published in 2014 and 2015:

On the Carpet: the Coming of Age Letters of Penelope Skinner 1832-1840

The Belles of Williamsburg: The Courtship Correspondence of Eliza Fisk Harwood and Tristrim Lowther Skinner 1839-1849

Maillard’s monograph, giving an overview of the Skinner family spanning 1770-1900, was published in 2014.

A Map of Time and Blood: An introduction to the Skinner Family Papers 1826-1850.

All ebooks are now available on Kobo, iBooks, and Kindle.

Michael E. Stevens and Steven B. Burg explain how documentary editors do their work and why it is important. Now more than ever, we—historians, scholars, and general readers—need access to primary sources. 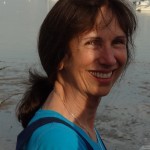