RICEPAPER: WHAT SAILOR MOON TAUGHT ME

My essay on Sailor Moon, Cosplay, the Occupy Movement, and various other related and unrelated topics appeared in the Spring, 2012 issue of Ricepaper, Vancouver’s magazine devoted to Asian Canadian arts and culture.

In 1997 I received a phone call from a lawyer in California telling me that my father was dead. I was shocked. My parents had separated when I was about a year old, and my mother had refused to talk about my father, and I knew next to nothing about him. I decided to research his his life, and I found out plenty. The result is a creative non-fiction book I’ve called Fatherless.

Two excerpts from Fatherless are available online in the spring, 2011edition of Numero Cinq:

Many kids have imaginary playmates. Here, in Numero Cinq, is the story of mine—“Kilroy: A Writer’s Childhood.”

In the 40s and 50s, my father worked as a draftsman at the Hanford nuclear plant in Richland, Washington. He also taught tap dancing and helped to stage musical reviews. Here is my take on the town and my father’s life there—“Richland.”

The on-line journal, the Hamilton Stone Review, in their “West Virginia Issue,” No. 16 (Fall 2008), published my portrait of my grandmother—“The Old Gypsy Woman.” 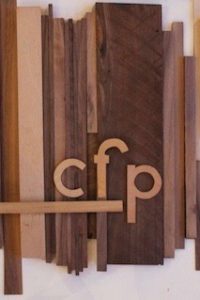 I was interviewed by Erika Thorkelson on Episode 10 (March 19, 2013) of The Canadian Fiction Podcast. I read a scene from Motet and discussed craft, character development, and writer’s block. 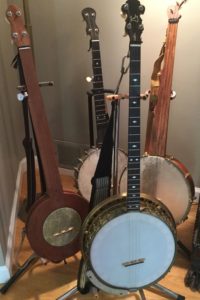 In 2006, when the University of British Columbia honoured me with the Dorothy Somerset Award (for the creative arts), they made this video interview. I began by talking about writing and teaching but, somewhat mysteriously, ended up talking about banjos.