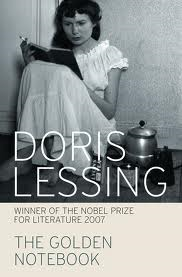 I first read Lessing in 1970. For two years I had poured all of my energy into the American antiwar movement. At the time I read The Golden Notebook the New Left was exploding into fiery fragments. It was a time of bombs going off on campuses, of the Weatherman faction of SDS at the height of its insanity, of paranoia, of bone-grinding fear, of bleak nihilism. For two years I had not read fiction. I remembered the writers I used to love, felt a nostalgia for a lost time when an innocent sweetness had been possible, but in 1970, it was not possible to admire John Updike for his elegant prose. Then, suddenly, there was Lessing in all of her fury and intensity: WAKE UP, this is serious, this is BLOODY serious, this MEANS SOMETHING.
END_OF_DOCUMENT_TOKEN_TO_BE_REPLACED